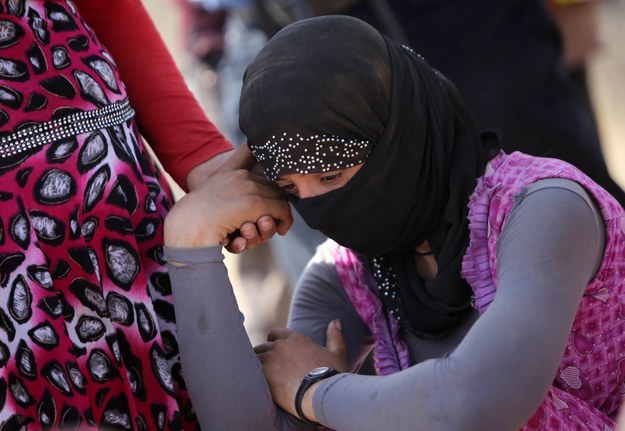 The report — titled “Escape From Hell” — said that, while ISIS targeted all those who stood in their way as they took large swaths of Iraq and Syria earlier this year, it is the Yazidi people of northwestern Iraq’s Sinjar region who were subjected to “particularly brutal” treatment.

The report said this was part of a “deliberate policy of ethnic cleansing in northern
Iraq” by ISIS. The Yazidis are ethnic and religious minorities, separate from the Muslim majority in Iraq and Syria.

Amnesty International said that the group had “systematically” raped, imprisoned, and physically and emotionally tortured Yazidi women and girls, forcing them into sexual slavery and marrying them off against their will. 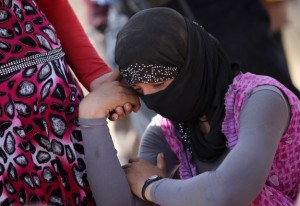 A displaced Yazidi Iraqi woman sits in a camp near the Tigris River, in Kurdistan’s western Dohuk province, on Aug. 13, 2014

Hundreds, possibly thousands of Yazidis were abducted from Sinjar region by ISIS as they attempted to flee their homes. Hundreds of men were either killed or forced to convert to Islam under threat of death, while younger women and girls were separated from relatives and sold or “gifted” to ISIS fighters and supporters, Amnesty said.

Last month, BuzzFeed News reported on a video which appeared to show ISIS fighters bragging about how they would receive their “share” of Yazidi slaves.

Amnesty International’s Senior Crisis Reponse Adviser Donatella Rovera said, “Hundreds of Yazidi women and girls have had their lives shattered by the horrors of sexual violence and sexual slavery in IS captivity.”

“Many of those held as sexual slaves are children — girls aged 14, 15 or even younger. IS fighters are using rape as a weapon in attacks amounting to war crimes and crimes against humanity.” 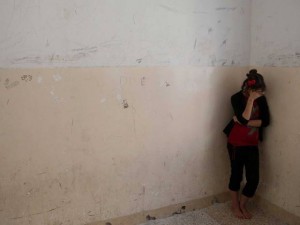 Victims who managed to escape told Amnesty International that many Yazidi girls killed themselves after losing hope of being saved.

A 20-year-old survivor, called Luna, said she was held with 20 girls as young as 10 in the Isis-controlled city of Mosul when they were told to dress up.

“One day we were given clothes that looked like dance costumes and were told to bathe and wear those clothes,” she added. “Jilan killed herself in the bathroom. She cut her wrists and hanged herself. She was very beautiful.

“I think she knew that she was going to be taken away by a man and that is why she killed herself.”

Interviews carried out in compiling the Amnesty’s report confirmed that Jilan had indeed committed suicide:

We were 21 girls in one room, two of them were very young, 10-12 years. One day we were given clothes that looked like dance costumes and were told to bathe and wear those clothes.

Jilan killed herself in the bathroom. She cut her wrists and hanged herself. She was very beautiful. I think she knew that she was going to be taken away by a man and that is why she killed herself.

Jilan was one of several young women that Amnesty discovered had preferred to commit suicide than be forced into slavery at the hands of ISIS.

Another woman, 27-year-old Wafa, said she and her sister attempted suicide while imprisoned in Mosul after the man holding them gave them the choice of marrying him and his brother or being sold as slaves.

“At night we tried to strangle ourselves with our scarves,” she told Amnesty. “Two girls who were held with us woke up and stopped us and then stayed awake to watch over us.

“When they fell asleep at 5am we tried again, and again they woke up and stopped us. I could not speak for several days after that.” 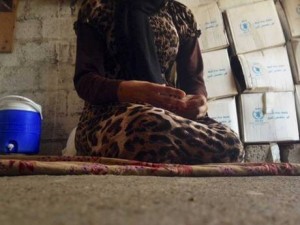 Relatives of girls who managed to escape fear that the trauma will never leave them, reporting panic attacks and depression.

The grandfather of a 16-year-old girl who was raped in Isis captivity said: “She is very sad and quiet all the time. She does not smile anymore and seems not to care about anything. I worry that she may try to kill herself, I don’t let her out of my sight.”

It chronicles the torture, rape and sexual violence suffered by women from the Yazidi minority. Women who converted to Islam were forced to marry Isis militants and those maintaining their faith have been trafficked as sex slaves, abused and imprisoned.

Randa, a 16-year-old girl from a village near the mountain, was abducted with scores of her family members including her heavily-pregnant mother and given to a man twice her age who raped her.

“Da’esh [Islamic State] has ruined our lives … What will happen to my family? I don’t know if I will ever see them again.” 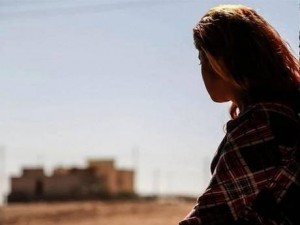 ‘Narin’ was deeply scarred by her ordeal

One woman called Alba, 19, was visibly pregnant with her second child when she was kidnapped with her son but Isis showed no mercy.

“I had my little boy with me and my pregnancy was very visible already but one of the guards chose me to be his wife,” she told Amnesty, adding that the man threatened to send her to Syria if she resisted.

Fifteen-year-old Arwa, who has 62 relatives still in ISIS captivity, told Amnesty about her experience at the hands of her captors alongside a group of other girls:

They did to me what they did to many other girls. I was raped. My cousin was not molested; they wanted to take her to marry her to a man but in the end they left her with us and then we managed to escape.

One of the girls said she was not raped but I don’t know if it is true; I hope it is true.

Another did not talk about what happened to her. The others were raped. The men were all Iraqis. They said that if we killed ourselves they would kill our relatives.

Some Yazidi girls forced into marriage have reported being taken to the homes of Isis fighters’ families and even meeting their wives and children. Some received further abuse, while others made friends with their captor’s wives.

Several girls held by foreign fighters told Amnesty International their families helped them escape and one 13-year-old girl, who was held with her toddler sister, said her captor did not abuse them but instead sent them straight home to their family.

The trauma of survivors of sexual violence is further exacerbated by the stigma surrounding rape. Survivors feel that their “honour” and that of their families has been tarnished and fear that their standing in society will be diminished as a result.

Donatella Rovera, who spoke to more than 40 former captives in northern Iraq for Amnesty International, said Isis were using rape as a weapon in attacks “amounting to crimes against humanity”.

“The physical and psychological toll of the horrifying sexual violence these women have endured is catastrophic,” she added. “Many of them have been tortured and treated as chattel. Even those who have managed to escape remain deeply traumatised.”

It Must Have Been Love – Roxette ( Theme fro...
10 Awkward Wedding Kiss Photos Captured
PEOPLE: ‘She faked Filipino husband’s death’, Face...
QUOTE: Don’t Give Up Your Dreams

Quotes About Animals That Will Make You A Better Human (13)

BEAUTY: To Make Your Lips Soft and Pink