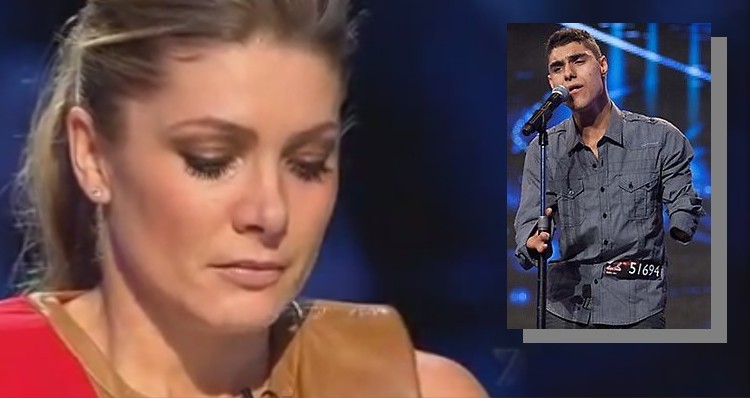 When Emmanuel Kelly was a little boy growing up in Iraq, he and his brother were found by nuns inside a shoebox as the war raged on around them. The brothers were both born with severely underdeveloped limbs due to the chemical warfare in their community.

Without the proper care they so desperately needed, the nuns brought Emmanuel and his brother Ahmed to an orphanage.

In 1998, Emmanuel and Ahmed were discovered by renowned Australian humanitarian Moira Therese Kelly at the Mother Teresa Orphanage in Baghdad. Moira originally brought Emmanuel and Ahmed back to her home in Australia to provide them with medical care, but she fell in love with them in the process. Moira became not only their hero, but also their adoptive mother. The brothers’ newfound sense of love and support allowed them to flourish into adulthood.

Ahmed, a quadruple amputee and swimmer, represented Australia at the 2012 Summer Paralympics. Emmanuel was also born with a special gift. He’s an amazing singer, and his family encouraged him to audition for The X Factor in 2011, at the age of 17.

Brave and determined, watch Emmanuel perform his emotional rendition of “Imagine” by John Lennon. His story moves the judges, and the entire audience, to absolute tears.

It’s amazing how an iconic song like “Imagine” can take on a whole new meaning based on who sings it and why. What a courageous young man and wonderful family.

If Emmanuel’s unbelievable story and performance touched your heart, too, then please SHARE it with your friends on Facebook! AHMED, Emmanuel’s 19-year-old brother, is a quadruple amputee and a swimmer who has taken on Paralympic swimming by breaking a world record and has set his sights on a gold medal in the 2012 Paralympics in London. 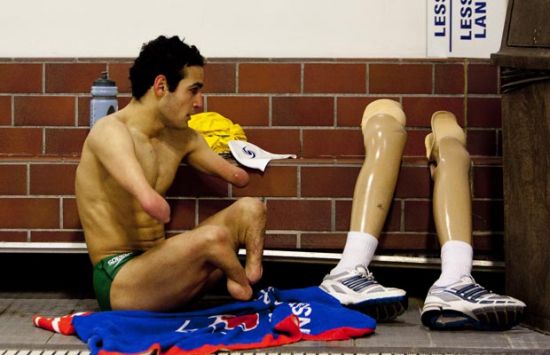 Moira Kelly, from the Children’s First Foundation, adopted Ahmed and his brother Emmanuel – also born with limb deficiencies – and took them to Australia for medical treatment. After undergoing surgery to remove the deformed sections of his lower legs, Ahmed learned to walk with the use of prostheses and, before long, began to run. He subsequently turned his attention to swimming in 2008 and aside from being one of Australia’s biggest medal prospects at London 2012, is now among the favourites for gold in his events.
Greg Hartung, President of the Australian Paralympic Committee, believes Ahmed should serve as an inspiration to all who see him compete. “For swimmer Ahmed Kelly, the road to London has been a particularly long one,” said Hartung. “After years of operations, rehabilitation and adapting to a new country, he is now the 100 metres breaststroke world record holder in his class and has London firmly in his sights. “Ahmed’s ambition and perseverance against the odds resonates with all who hear his story. “Like all our athletes, his readiness to take on the world in Australian colours is inspiring and something I know all Australians will embrace.”

Wearing Suit: Makes you see the world differently,...
Homeless Pet Saved the Life of a Newborn Baby
TELL ME WHY by Declan Galbraith
Prince George and Princess Charlotte of UK

Women in Islam and Christian Domestic Discipline
HEALTH: Pippa Cole, A Young Cancer-Fighter Proves ...
What is Ramadan?
Nation: Gold in the Philippine Islands

Women in Islam and Christian Domestic Discipline
HEALTH: Pippa Cole, A Young Cancer-Fighter Proves ...
What is Ramadan?
Nation: Gold in the Philippine Islands