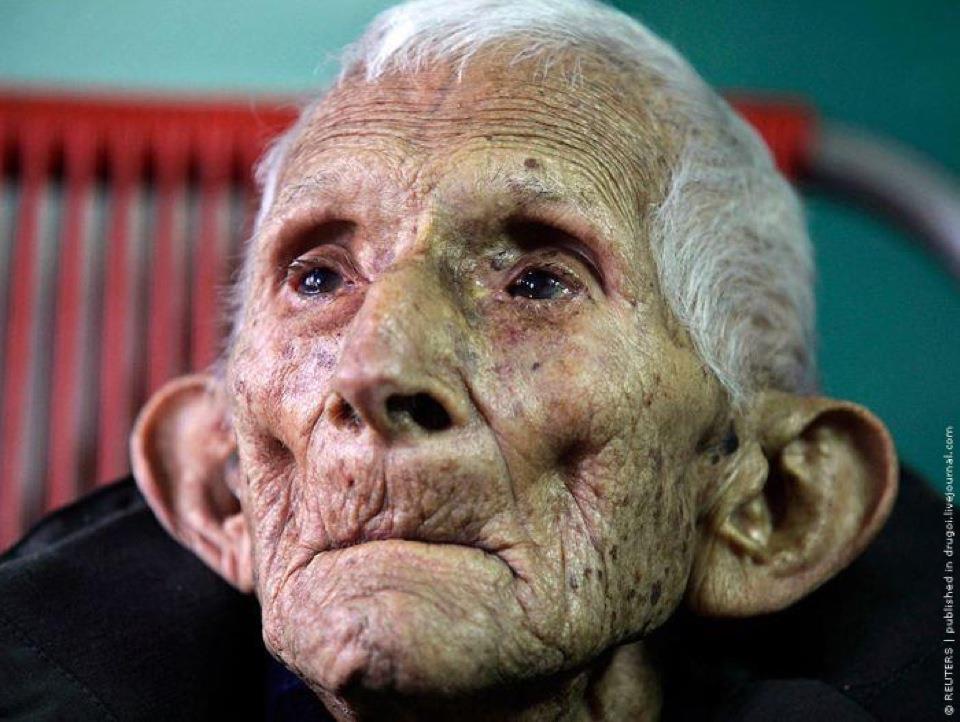 A STORY OF A FARMER THE SON AND THE ELDERLY GRANDFATHER A tale of a farmer, his young son and the elderly granfatherwho worked a farm.

One day the elderly grandfather became too ill to work. The father then tells his son, that if you don’t work, you don’t eat and so put grandpa in the barn to starve to death.

As the young son walks the elderly grandpa away, the father shouts back, “I want him to starve to death but not freeze to death so here’s a blanket to wrap around him so that he may be warm.”

A few minutes pass and the young son returns with half a blanket. The father asked, “what this?” . The young son says I’m saving half for you someday.

Well, George will save half a blanket for the Joey Chestnuts when they cease to be as productive as in their prime.

A frail old widower, lived with his son, his daughter-in-law, and his four-year-old grandson.

A frail old widower, lived with his son, his daughter-in-law, and his four-year-old grandson. His eyes were blurry, his hands trembled, and his step faltered.

The family would eat together at the dinner table. But the elderly person’s shaky hands and failing sight made eating rather difficult for him. Food fell off his spoon, dropping on the floor. When he grasped his glass the milk often spilled on the tablecloth and his lap.

The son and the daughter-in-law became irritated with the mess he created.

“We must do something about my father,” said the son.

“I have had enough of his spilling food and milk on the table and the floor,” the daughter-in-law said.

So, the couple set a small table at the corner of the dining room. There the old man ate alone while the rest of the family enjoyed their dinner at the dinner table. Since the old man had broken a number of ceramic dishes, his food was served in wooden bowls.

The four-year-old boy watched it all in silence. Sometimes the grandson saw, tears rolling down his grandfather’s cheeks as he ate alone.

Still, the only words the couple had for the old man were sharp admonitions when he dropped a spoon or spilled food.

One evening, before supper, the father noticed his little son playing with wood scraps and strings.

He asked, “What are you making, son?”

The little boy replied, “Yes. Bowls for you and mama to eat your food from when I grow up.”

The boy’s parents were speechless.

The four-year-old smiled sweetly at them and went back to work.

Tears streamed down their cheeks. Though no words were spoken, both knew what must be done.

That evening, the son and daughter-in-law gently led the old man back to the family table while the grandson smiled.

A Touching Story of an Old Man, His Son and a Sparrow 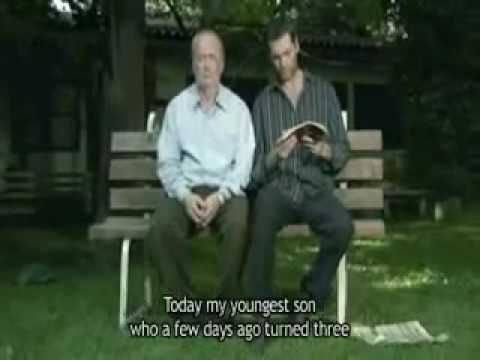 The old man gets up, goes into the house and brings back a dairy. Opens a page and asks his son to read it. The son reads the narration in the page which says, ” Today I went to the park with my 3 year old son. He asked me ‘WHAT IS THAT? ‘ about a sparrow sitting nearby 21 times. I answered ‘ITS A SPARROW’ all the times… patiently. I also gave him a hug every time I answered him. I felt good to spend time with him”

A son took his old father to a restaurant for an evening dinner.
Father being very old and weak, while eating, dropped food on his shirt and trousers.
Others diners watched him in disgust while his son was calm.

After he finished eating, his son who was not at all embarrassed, quietly took him to the wash room, wiped the food particles, removed the stains, combed his hair and fitted his spectacles firmly. When they came out, the entire restaurant was watching them in dead silence, not able to grasp how someone could embarrass themselves publicly like that.

The son settled the bill and started walking out with his father.

At that time, an old man amongst the diners called out to the son and asked him, “Don’t you think you have left something behind?”.

The old man retorted, “Yes, you have! You left a lesson for every son and hope for every father”.