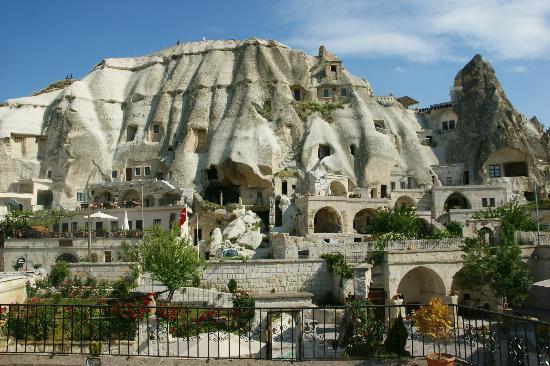 Cappadocia is one of the coolest, and most fascinating, travel destinations in Turkey. Up until two million years ago the region was literally a sea of lava over 150 meters (500 feet) deep. After the volcanoes that surround Cappadocia stopped erupting that sea of lava turned to rock—relatively soft rock that’s easily eroded and dug into. As a result the region is today rife with otherworldly rock formations, underground cities . . . and cave hotels.

Cappadocia Cave Suites is a unique boutique hotel that combines houses and cave dwellings of the Hittite, Roman and Byzantine Periods with the luxurious comfort of the 21st Century. 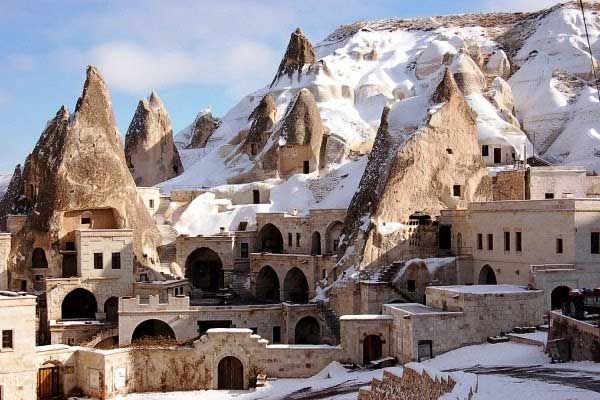 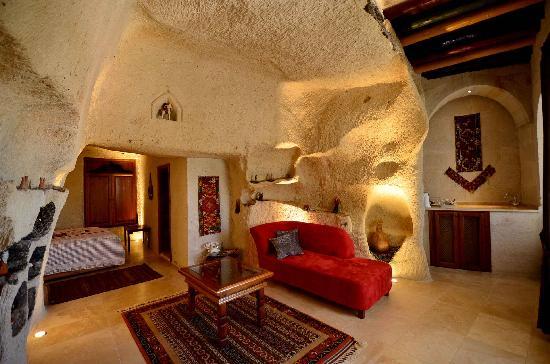