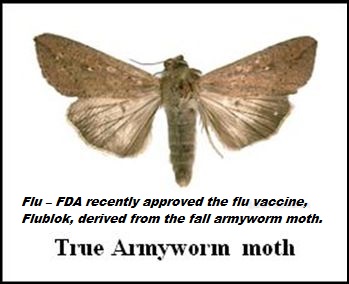 Insects and other arthropods provide ingredients that have been a staple of traditional medicine for centuries in parts of East Asia, Africa, and South America. While many of these ingredients have not been evaluated experimentally, an increasing number have been shown in preliminary trials to have beneficial properties. Although medical practitioners in more economically  robust countries may prefer conventional treatments, it may be more a result of squeamishness rather than science. Furthermore, in parts of the world where conventional medical care is scarcer than arthropods used by folk healers, insects may represent a feasible substitute in some cases. In sub-Saharan Africa alone, the World Health Organization estimates that $20 billion will be needed to replace the shortage of 800,00 conventional health care workers by 2015. Globally ubiquitous, arthropods potentially provide a cheap, plentiful supply of healing substances in an economically challenged world.

Today, scientists are rediscovering many of these natural cures as well as new ones derived from insects or their output. From proven lab results to medicines and supplements sold in countries less regulated than the U.S. to the ancient arts, following are some proven and some legendary means in which insects were or are used to cure a variety of human ills. 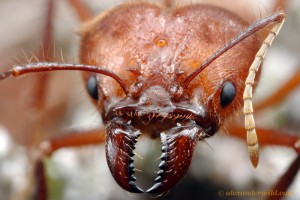 Atta cephalotes, close-up of the head of a soldier. The sharp mandibles of this ant can easily slice through skin, so handle these ants with care!

Stitches – As far back as 3,000 years ago, the mandibles of soldier ants have been used as stitches. The ant, most commonly carpenter, leaf-cutting, or armyants, were held so as to open their jaws. The mouth was then placed around the wound to be stitched and the mouth allowed to close. The ant’s body was then pinched away, leaving the head to clamp the wound shut. 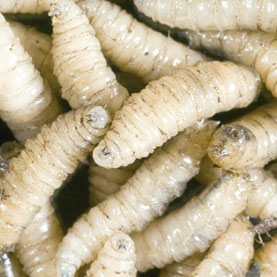 Wound healing – In ancient times, red ant droppings were sprinkled on wounds to help them heal. The crushed droppings were eaten to help cure diarrhea. Additionally, maggots and honey have been used to heal chronic and post-surgical wounds instead of conventional dressings.

Wound cleaning – Maggots eat dead tissue which can clean open wounds. According to Entomon.net/Dreamcatcher Global, “about 5,000 laboratory grown microorganism-free maggots get delivered to hospitals across the United States every week.” 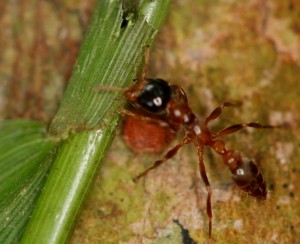 Rheumatism/Arthritis – The venom of the devil-tree ant (Pseudomyrmex triplarinus) and bee-generated resin have been shown to contain anti-inflammatory proteins that could provide relief for arthritis. A U.S. patent is pending on the chemical. Products containing the bee resin (propolis) are sold in the U.S. as a supplement for reducing pain and inflammation. 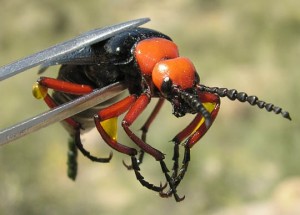 Cancer – Compounds derived from blister beetles have been shown in the lab to be effective in treating certain cancers in cell cultures, and have been used to treat warts. Additionally, a scorpion venom extract has been shown to be able to detect and spotlight cancer cells under a special light used during surgery. 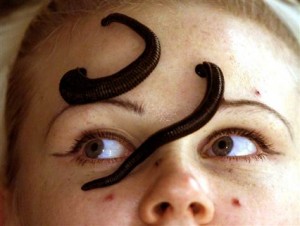 It may sound like a horror movie, but the FDA says it’s good medicine.

After thousands of years of use as an alternative treatment to blood-letting (an antiquated and abandoned practice of draining blood to cure diseases) and amputation, the FDA today approved the commercial marketing of leeches for medical purposes.

The small, slimy creatures were widely used in the 19th century to cure a variety of ailments. For many people, leeches conjure up the image of Humphrey Bogart removing the bloodsuckers from his legs in African Queen, but FDA reports that leeches can help heal skin grafts by removing blood pooled under the graft and restore blood circulation in blocked veins by removing pooled blood.

Indeed the use of leeches to draw blood goes back thousands of years. They were widely used as an alternative treatment to bloodletting and amputation for several thousand years. Leeches reached their height of medicinal use in the mid-1800s.

FDA noted that today they are used in medicine throughout the world as tools in skin grafts and reattachment surgery. 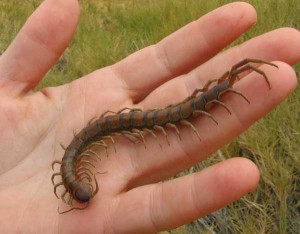 Remedies with Kidney and Liver Functions –

Fans of the old-fashioned lemon-and-cayenne detoxification ritual may want to graduate to centipede cleanses, because herbal preparations that include powdered centipede do dissipate toxins and wash away free radicals. Traditional Asian practitioners associate centipede remedies with kidney and liver functions, and laboratory studies confirm their surmises. Properly formulated centipede supplements do appear to stimulate healthy functions in patients’ kidneys and livers. Centipede extracts stand-out as the only insect derivatives that commonly come with warnings against use by pregnant and breast-feeding women, because centipedes secrete stronger toxins than other medicinal insects, and the toxins’ effects are more severe than most others.

Headache pain to lockjaw and snakebites – Centipedes are dried, ground to a paste, then applied to the area of pain. 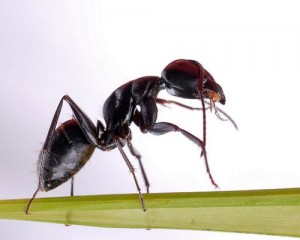 Herbal ecstasy or the all-purpose aphrodisiac

Of course, hundreds of potent herbs and insect derivatives promise relief of erectile dysfunction and increased potency. Post-modern snake-oil salesmen promote their herbal formulae as “herbal ecstasy” or “the all-purpose aphrodisiac,” and psychiatrists have found many of the products work well by generating amazing placebo effects; that is, they work because men believe they work. Black Mountain ant extract, however, may actually qualify as “the real deal,” a perfectly natural alternative to ED medications that work by dilating blood vessels that supply the penis. Science confirms vendors’ claims, “Black Mountain ant extract works by directly entering the penis to regulate the expansion of the blood vessels, help encourage the circulation of blood, and enhance the content of androgens in the blood.” The extract appears to have no harmful side effects, and the records show no one ever has suffered an allergic reaction to the derivative of the black ant’s toxins. Genuinely skilled herbalists mix ant extract with ginseng and other mild stimulants that reinforce the action of vasodilators.

Anti-aging – Extracts of the Chinese Black Mountain Ant are mixed with a drink (often wine or beer) and consumed. The extracts are currently being studied for its potential against cancer. 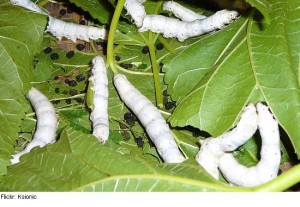 Silkworm extracts are the traditional Asian equivalents of Tylenol—the universal pain reliever and all-purpose remedy of first resort. Asian healers use silkworm extracts to treat everything from flatulence to seizure disorders, and they often mix silkworm extracts with ginseng, Ma Huang, and saw palmetto to promote male potency.

Emerging science suggests that silkworm extracts may have special benefits as dietary supplements for patients with heart disease and circulatory disorders, because preliminary studies indicate they reduce serum cholesterol and dissolve vascular plaque. A few optimistic pharmacists speculate that silkworm extracts may prove effective as the most popular anti-cholesterol medications without harmful side effects for users’ livers and kidneys. 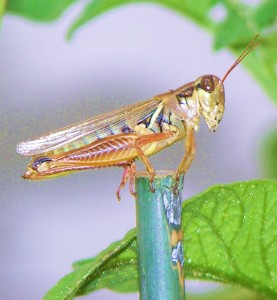 Headache pain – Grasshoppers are dried and ground into a powder, then mixed with water and ash to form a paste that is applied to the forehead.

For more than 50 years, grasshoppers have numbered among bio-medical researchers’ very best friends. By some strange, unaccountable evolutionary quirk, grasshoppers’ central nervous systems very closely resemble humans’ so that, before human trials, researchers test many psycho-active drugs on the hoppy green creatures, looking for cardio-pulmonary and behavioral side effects. Just as importantly, grasshoppers have ranked first on cytologists’ lists because their relatively simple DNA and their processes of cell reproduction show extremely well under classroom microscopes. Literally thousands of pre-med students have learned about meiosis by watching grasshoppers. Now, methods for isolating and tracking grasshoppers’ meiosis have been sophisticated for use with cancer cells, and many scientists believe these processes will reveal how carcinogens trigger human cell mutation. 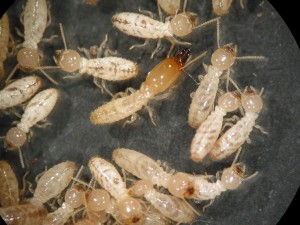 Longer Life? – Male silkworm extracts have been shown to extend the lives of fruit flies … possibly humans too?

Ulcers and anemia – Termite mounds are dug up – with termites inside – and ground into a paste which is applied to the affected area or mixed with water and drunk.

Traditional Indian Ayurveda practitioners estimate approximately one in every 1,000 Indian adults suffers from Ooru Sthambam, a muscular frequently mistaken for arthritis and exacerbated by standard arthritis treatments. Unlike arthritis, Ooru Sthambam does not attack joints; instead, it creates numbness and decreased circulation in patients’ upper-thigh muscles. Ayurveda practitioners apply a compound of termite sand and mustard oil around patients’ thighs, leaving the mixture in place for approximately 25 minutes or until a burning sensation develops. Treatments continue for 25 minutes each day until patients experience relief. Practitioners report mild cases usually respond to termite sand treatments in a day or two; the most severe case on record required four months of daily treatment. Ayurveda experts insist their termite sand and mustard oil formula is the only effective remedy for Ooru Sthambam, and they have found that termite sand or mustard oil alone brings no relief. They also have found that termite sand appears to have no other medical uses.