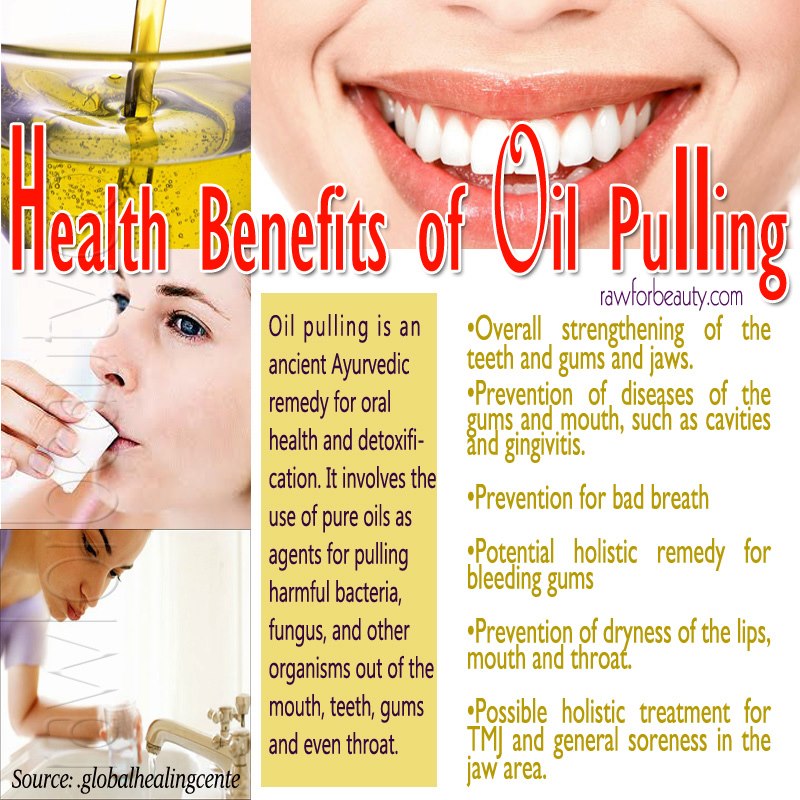 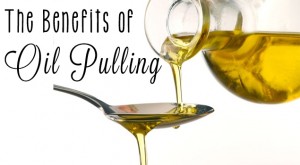 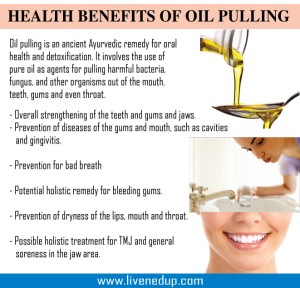 Oil Pulling has become very popular these days and is said to treat the common oral issues like discoloration of teeth, bad breath, cavities, gingivitis and helps detoxification. Today, we will analyze and find out facts about these claims.

WHAT IS OIL PULLING

Oil Pulling is a modern term for an ancient Ayurvedic Indian folk remedy that used Oils as a mouthwash to maintain oral health hygiene and treat related disorders. The technique garnered good attention since few years and the term “Oil Pulling” is assigned with the notion that the activity “pulls” out toxins from the body through the teeth, which are then spit out. In the ancient Indian Ayurvedic text of Charaka Samhita, oil pulling was referred to as “gandusha” (gargle) or “kaval” (oral cavity) and was believed to help cure over 25 systemic diseases – including conditions like tension headaches, migraines, asthma, bronchitis and even osteoarthritis.

Oil pulling is very simple, you only have to swish an oil in your mouth (without swallowing), “pulling” it between your teeth and scraping the tongue for about 20 minutes each day, preferably early in the morning on an empty stomach. Once done, you have to spit it out, rinse your mouth with warm salt water (normal table salt) and then brush as usual. Sesame, Sunflower or Coconut oil is most commonly used for this. You can read detailed instructions here.

Small, limited studies on Oil Pulling mostly done in India have focused on oral hygiene and suggested significant improvements in general oral health, like reducing plaque, induced gingivitis and strengthening teeth, gums and jaws. It also acts like a mouthwash that improves bad breath and reduces the microorganisms causing it, whitening teeth gradually. Dr. Amala Guha, the founding president of the International Society for Ayurveda and Health, who is also an assistant professor of immunology and medicine at the University of Connecticut Health Center, says that regular oil pulling in few months can have benefits like reduced plaque, gingivitis, cavity prevention and stronger gums in people who already have a healthy mouth. However, suggesting lack of proper evidence, the American Dental Association (ADA) does not recommend oil pulling as a supplementary oral hygiene practice.

Oil pulling myself with pure Coconut oil for about 12 minutes (your mouth became full, that you couldn’t continue). It was soft and tight in mouth, while the taste wasn’t so bad on the surface. After finishing,certainly felt a better mouth, even better after swishing with warm salt water and brushing as usual.Teeth and mouth felt polished and that feeling went on for many hours of the day.

HOW IT CAN WORK

Even after several (limited) studies, the exact mechanism as to how the oil pulling therapy can work is still not clear. Coconut oil for instance has antibacterial & anti-viral properties and has a mild abrasive power that perhaps adds to the mechanical cleaning action of oil pulling, which will also work your jaw muscles (swishing) as an additional benefit. It is also suggested that oil pulling increases the secretion of saliva; to act like a detoxifying process.

From the aforementioned facts, it is evident that oil pulling, when done regularly, can certainly improve general oral health and aid in detoxification process. However, like mentioned below, there have been some exaggerations about the effectiveness of oil pulling:
Oil pulling treats chronic pain, insomnia, cavities, allergies, thrombosis, diabetes, asthma, bad breath, gingivitis, digestive issues, meningitis, low energy, heart disease, kidney disease, ‘toxic bodily waste,’ PMS, leukemia and even AIDS and Cancer. Oil pulling, it would seem, is truly a life-changing medical miracle.
In long term, oil pulling may even promote general health, but saying it is a medical miracle that can treat serious diseases like Diabetes, AIDS and Cancers as well would be exaggerations. There are no such studies or evidence to support the same.
Traditional Indian Ayurveda has used such gargling treatments like the oil pulling to treat imbalances of various doshas. And Ayurveda does not recommend general treatments blindly for everyone, but rather, health is held to be very individualistic, and treated likewise.
To conclude, oil pulling (swishing oil in the mouth) can promote oral health, detoxification and improve general health in long term. So there is no real harm to practice it, just make sure to do it gradually with caution, and don’t forget to floss.

the mouth) can promote oral health, detoxification and improve general health in long term. So there is no real harm to practice it, just make sure to do it gradually with caution, and don’t forget to floss.

The 10 highest-paid jobs you can do from home
HEALTH Education: Why Babies Are Left To Sleep In ...
Helen Abdulla: Kurdish Shakira’s Anti-ISIS ...
Walk With Me

UNUSUAL: Bizarre Giving Birth and Placenta Customs Around The World

AHMET KAYA: AGLADIKCA ( As We Cry)
Black Is Beautiful (Flavour Lyrics)
Enjoy Your Sunday
Why do we come to this world since our end is defi...

AHMET KAYA: AGLADIKCA ( As We Cry)
Black Is Beautiful (Flavour Lyrics)
Enjoy Your Sunday
Why do we come to this world since our end is defi...