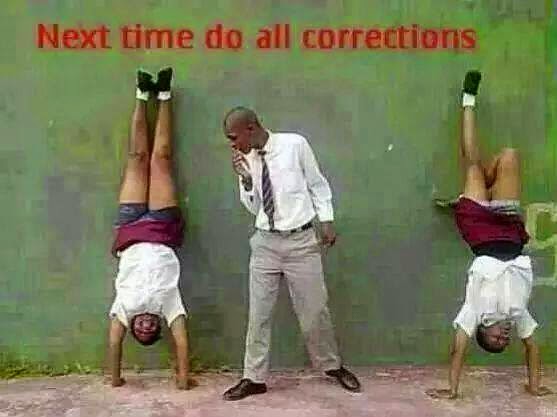 1. Beaten to Death Because his Parents hadn’t Paid his School Fees

A head teacher is accused of battering a young boy to death because his parents could not afford to pay his school fees.

Fuming locals stormed the school in India and attacked staff after it was claimed the head had smashed a seven-year-old boy’s head into a wall when told his parents were trying to save up cash to pay the school.

According to reports, head teacher Avinash Saraswat, 47, flew into a rage when pupil Mohammed Aarai, 7, told him his parents had not paid the 4,500 rupee (£45 GBP) fee for two months because they could not afford it – but were saving up.

It is claimed Saraswat then grabbed the boy by the hair, slammed his head against his office wall before thrashing him until he passed out in the city of Bareilly in India’s northern Uttar Pradesh state.

When the boy did not come round the teacher and another member of staff reportedly took the lifeless body to a local hospital where he was declared dead.

A hospital spokesman said: “The boy had been severely beaten and had terrible injuries.

MP and minister for women and child welfare, Maneka Gandhi, said: “The school principal should be immediately arrested. The administration should crack down against such schools which are so insensitive to children.

2. Beaten by her Teacher for Not Completing Homework

Pia Chaudhary, a Class 1 student of Tagore Public School in Jhunjhunu district was beaten by her teacher for not completing homework

Nov. 17, 2012 JAIPUR:  A nine-year-old girl, who had lost vision in one eye allegedly due to corporal punishment at a private school two years ago, died in Jaipur on Friday.

Two years ago, Pia Chaudhary, a Class 1 student of Tagore Public School in Jhunjhunu district was beaten by her teacher for not completing homework. She had sustained injury in one eye which later became critical and the vision in her second eye also got affected, family sources said.

“She was operated several times but the vision in one eye had been completely lost. Now the pressure was on her second eye and she had to be in hospital for several months in Delhi and Jaipur. She was being treated for the injury and the infection and she died today at a hospital,” the sources said.

Due to the injury, the girl was unable to study properly and had to stay indoors, they said.

It made the news over the weekend in Japan that middle schoolers in Gamagori City, Aichi Prefecture were forced to drink diluted hydrochloric acid as punishment for failing to perform a lab experiment correctly.

According to the local board of education, on January 18,2013,  a male science teacher assigned his class an experiment using magnets and iron filings. He told the class that anyone failing to get the correct result would be forced to drink hydrochloric acid. When two students didn’t get a successful result, the teacher handed each of them a beaker after tasting a bit of it himself.

One student took a sip and immediately spat it out. The other drank all of his, later telling school investigators that it tasted like drinking lemon juice. The incident came to light after another student related the incident to his parents.

The Gamagori Board of Education reported that the teacher explained that the acid was highly diluted and therefore posed no heath risk to the children. The Board itself issued a statement saying, “As this incident posed a risk to the life and health of students, it was a grave failure of leadership, and we can only apologize to students and their families. We are currently deciding on disciplinary measures for the teacher involved.”

4. The teacher became enraged, grabbed the student by his lapels, and slammed him against the wall four or five times.

On Wednesday, August 21,2013, a male instructor from Sanmushi Middle School in Chiba Prefecture was officially punished by the Board of Education after physically abusing one of his students.

It seems that the teacher, upon arriving at little late for a meeting for the school’s athletic festival, commented, “Sorry to keep you waiting.” The student, a third year middle school student, responded flippantly, blurting out, “Whatever. It’s nothing,” in a condescending way.

The teacher became enraged, grabbed the student by his lapels, and slammed him against the wall four or five times. The student ended up with a sprained cervical vertebrae and cuts on the inside of his mouth as a result of the violet abuse.

The teacher explained his actions by saying that when he heard the student’s comment, he simply forgot himself. We’re not quite sure how that counts as an explanation.

Judy Evon Bingham, a Cobb County Kindergarden teacher accused of dragging a misbehaving student by the ankle across the classroom and to the school’s front office.

Bingham was arrested and charged with one count of cruelty to children, a first degree felony and simple battery, a misdemeanor.

6. Teachers who forced students to sniff their spit

Teachers who forced students to sniff their spit

In this case, the Japanese teachers would lick their own arms until they were good and juicy and then hold the spit under students’ noses, forcing students to smell. The worse a kid was, the longer they had to sniff

7. Teachers who walked around pinching crotches with pliers

Teachers who walked around pinching crotches with pliers

No, this isn’t a misprint from the latest Jackass movie. Japanese teacher would walk around with pliers and use the tools to pinch bad students’ thighs or crotches. This punishment could sometimes result in red welts.

In a shameful and shocking incident of corporal punishment at West Bengal’s Visva-Bharati University, a 10-year-old girl was forced to drink her urine as punishment for bed wetting by her hostel warden.
9. How can a teacher do this to his delicate female students?

A male teacher who allegedly hurt four students of Sekolah Menengah Jenis Kebangsaan (SMJK) in Sitiawan near here could be undergoing stress and mental problems.

TRAVEL: What Make These Places Amazing?

A Tail of Love: Indian Girl Marries Dog After Village Demand It