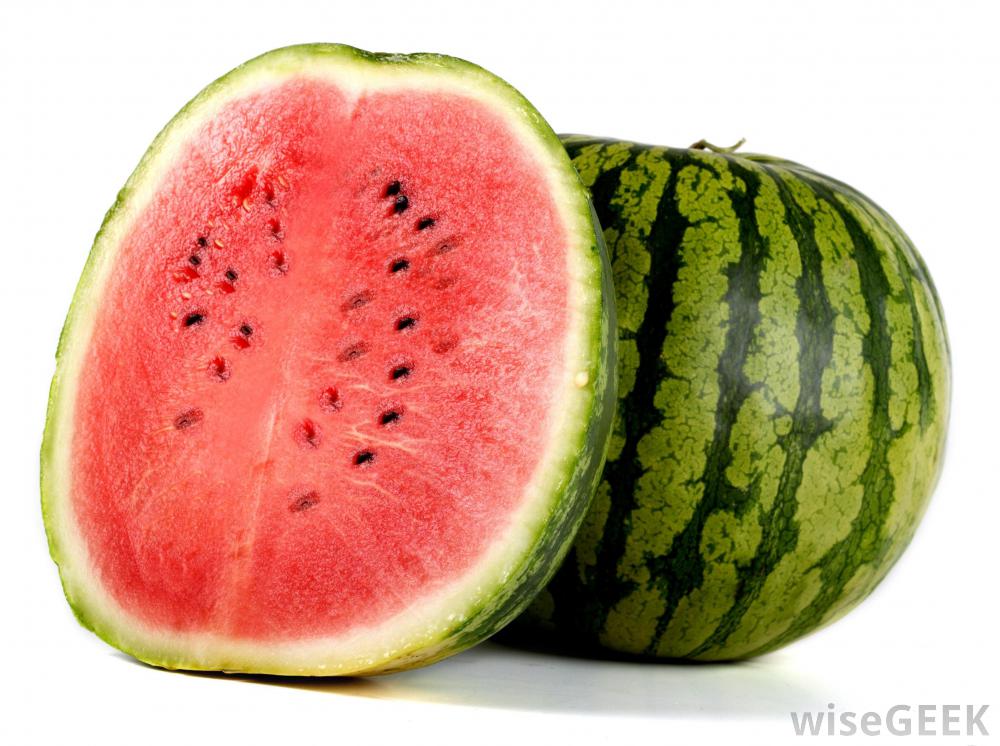 It’s pretty safe to say that most people love this flavorful fruit, but few realize that watermelons are actually jam-packed with tons of health benefits, making them a truly perfect summertime snack.

Watermelon is by far, one of the most powerful, body-healing fruits out there! The amazing health benefits of watermelon cover everything from your brain all the way to the cells in your feet.

1. Good for your Heart

Watermelons owe their gorgeous red color to the powerful antioxidant lycopene, just like tomatoes. In recent years, lycopene has being recognized by the scientific community as an especially important nutrient for cardiovascular health. The consumption of lycopene-rich foods, like watermelon, have been connected to an improvement in blood flow by acting as a vasodilator and have shown some ability to potentially lower LDL, aka bad cholesterol, making lycopene doubly good for your heart.

2. Good for your Bones

Another benefit of lycopene-rich foods is that they improve bone health by reducing oxidative stress, which can lead to bone problems, among other health issues. Recent studies have shown that lycopene may provide an alternative natural treatment for the prevention and management of osteoporosis, especially in post-menopausal women.

Watermelon is also a great source of citrulline, a nonessential alpha-amino acid that has been shown to enhance the utilization of essential amino acids during exercise and increase blood flow. Consider including watermelon in your pre and post workout routines as it can reduce recovery time after exercise and help further increase growth hormone levels after resistance training.

Your body naturally converts the citrulline found in watermelon into arginine in the kidneys. There is some preliminary evidence from animal studies that shows that the conversion of citrulline into arginine may help prevent excess accumulation of fat in fat cells, which is always a good thing.

As its name would suggest, watermelon is full of water… shocking! But in addition to that water, this fruit is also a good source of electrolytes which help you to stay hydrated and replace the minerals that are lost when you sweat.

Watermelon is a natural diuretic which helps increase the flow of urine, but does not put undue strain on your body, unlike coffee or alcohol. Regular consumption of watermelon helps to ease strain on the kidneys while your body eliminates excess fluids.

Watermelons contain several phenolic compounds that are beneficial in reducing inflammation in the body and have been proposed as an alternative natural approach to prevent or treat chronic inflammatory diseases.

Watermelon is a good source of potassium, which is absolutely essential for our bodies to function properly. Among other things, low potassium levels can lead to mental fogginess and confusion because, without adequate levels of this extremely important mineral, the electrical signals that drive the brain are interrupted.

Watermelon is also a delicious way to get your daily dose of vitamin C, with one serving containing about 16% of your day’s requirement. Vitamin C is regarded as one of the safest and most effective nutrients around and has been shown to improve immunity and overall health.

10. It Gets Better as It Ripens

As the flesh of a watermelon ripens and turns from white to pink to red, it doesn’t just get more sweet and delicious but also more nutritious as the density of its antioxidants gradually increases, so be sure to wait until your watermelon is fully ripe before you enjoy your perfect anytime treat.

Watermelon may hold secrets for a healthy future

By Lisa Thornton, correspondent to the Charlotte Observer

Someday, watermelon may play a part in fighting cancer. It may save lives in the poorest regions of Africa. It may even stave off a nasty sunburn at the beach.

One thing is for sure: Watermelon isn’t just for eating anymore.

The fruit and vegetable (it’s part of the Cucurbitaceae family, so it’s kin to the squash, cucumber and pumpkin) has a few secret ingredients researchers are studying for health benefits.

One of them is called lycopene – an antioxidant responsible for watermelon’s red pigment. Researchers have also discovered the little red flecks to be an effective tool for maintaining human health.

“If you’re looking at them with a really high magnification, they look like little needles,” said Penelope Perkins-Veazie, a post-harvest physiologist with the N.C. State University Plants for Human Health Institute at the North Carolina Research Campus, in Kannapolis.

Perkins-Veazie has been studying the properties of watermelon for the last 15 years, dating back to her time at the U.S. Department of Agriculture in Oklahoma.

She first noticed the potential of the fruit when a colleague placed lycopene extracted from a watermelon into a petri dish with cancer cells.

“The lycopene was killing the cancer cells,” Perkins-Veazie recalled. “They’re a good scavenger for things that are bad for you, so if you are exposed to certain toxins in your diet or in your job, they’re really good as radical scavengers to go and attach to them.”

Lycopene is also found in tomatoes, but it’s harder to access for research purposes.

“With tomato, you have to cook it to get rid of those proteins and cell walls to release the lycopene,” said Perkins-Veazie. “With watermelon, it just falls out easily.”

In Perkins-Veazie’s fourth-floor lab on the North Carolina Research Campus, her own investigations have begun to unlock more secrets about lycopene, such as its potential use as a sunscreen.

“What we found is that it’s also extremely effective at protecting DNA, so when you have too much UV light, the lycopene will block it and protect your DNA from being affected.”

In her lab, experiments to test watermelon’s SPF strength come in the form of small cosmetic jars of cream, each labeled with different watermelon percentages.

“A 20 percent watermelon cream comes out having an SPF of about 32,” said Perkins-Veazie, who added that if a cosmetic company became interested, watermelon could someday be listed as a common ingredient in makeup, moisturizers and sunblock lotions.

Still it’s not all sunshine and sweetness. Watermelon has its downsides. It only tastes good when it’s fresh – a factor that so far has limited food companies from developing products that people find palatable.

“How can you store a watermelon?” Perkins-Veazie asked. “You can’t freeze watermelon. It tastes terrible when you thaw it. You can’t cook it. It tastes like squash.”

Also, lycopene has proved its prowess in a small pond arena such as the petri dish, but not in a big lake such as the human body – which involves complex inlets and outlets to maneuver. “It’s very effective on a cellular level outside the body,” said Perkins-Veazie. “The problem is how do we prove it’s effective in the body?”

Still, scientists are confident the solutions will one day be found.

This year, Perkins-Veazie assisted an African researcher who found a way to deliver citrulline – another amino acid found in watermelon – to those suffering from sarcopenia, a muscle-wasting condition that runs unchecked in many of Africa’s poorest countries.

When soaked in watermelon juice, rice – that region’s main carbohydrate source – picks up the amino acid, which is crucial at combatting sarcopenia.

“That’s the sort of thing that’s going to put watermelon on the map,” said Perkins-Veazie.

How to choose a watermelon – scientifically

“We have almost no sophisticated means of testing watermelon quality, still, in the field,” said Penelope Perkins-Veazie, of the North Carolina Research Campus, in Kannapolis. 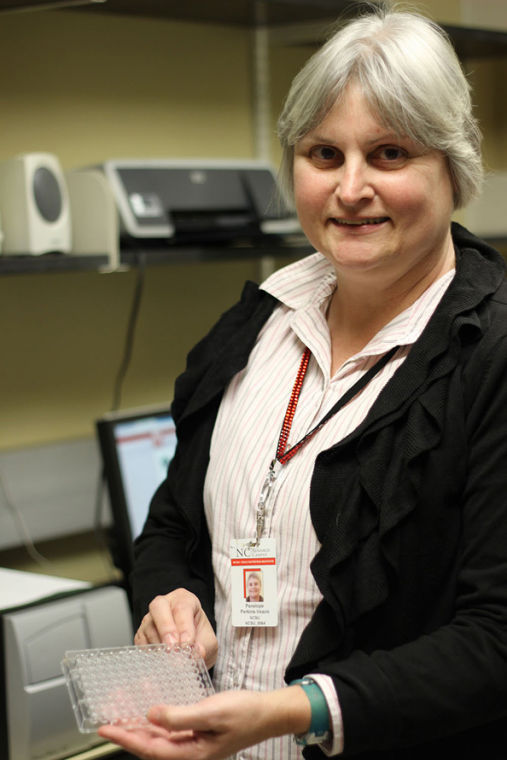 To find the best watermelon, Perkins-Veazie offers her advice:

Forget thumping. There are too many variables – size, thickness of the rind and whether they’re seeded or seedless – all of which can throw off the acoustics.

Instead, look for a watermelon with a fairly yellow ground spot.

Stay away from ones that feel waxy – they’re most likely immature, and from the rubbery ones, which signal they’re past their prime.

Potato Juice: Help to Cure Cancer, Stomach Disease...
MUSIC: Have I Told You Lately That I Love You by ...
Princess Charlotte christening: Crowds gather for ...
13 Myth and Truth on Beauty

Photos of Animals Portrayal of Love