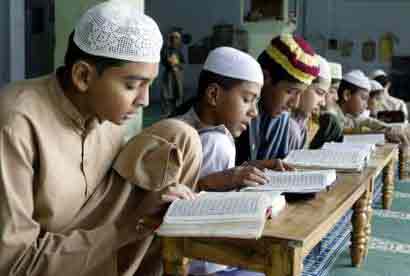 “Islam’s borders are bloody,” wrote the late political scientist Samuel Huntington in 1996, “and so are its innards.” Nearly 20 years later, Huntington looks more right than ever before. According to the International Institute for Strategic Studies, at least 70% of all the fatalities in armed conflicts around the world last year were in wars involving Muslims. In 2013, there were nearly 12,000 terrorist attacks world-wide. The lion’s share were in Muslim-majority countries, and many of the others were carried out by Muslims. By far the most numerous victims of Muslim violence—including executions and lynchings not captured in these statistics—are Muslims themselves.

Not all of this violence is explicitly motivated by religion, but a great deal of it is. I believe that it is foolish to insist, as Western leaders habitually do, that the violent acts committed in the name of Islam can somehow be divorced from the religion itself. For more than a decade, my message has been simple:Islam is not a religion of peace.

When I assert this, I do not mean that Islamic belief makes all Muslims violent. This is manifestly not the case: There are many millions of peaceful Muslims in the world. What I do say is that the call to violence and the justification for it are explicitly stated in the sacred texts of Islam. Moreover, this theologically sanctioned violence is there to be activated by any number of offenses, including but not limited to apostasy, adultery, blasphemy and even something as vague as threats to family honor or to the honor of Islam itself.

It is not just al Qaeda and Islamic State that show the violent face of Islamic faith and practice. It is Pakistan, where any statement critical of the Prophet or Islam is labeled as blasphemy and punishable by death. It is Saudi Arabia, where churches and synagogues are outlawed and where beheadings are a legitimate form of punishment. It is Iran, where stoning is an acceptable punishment and homosexuals are hanged for their “crime.”

NO TO RACISM: Why Black People Have To Suffer Most...
Violence Against Women: Psychology of Rape (1)
BEAUTY AND FASHION: Then and Now African Hairstyle...
Natural Fashion: 20 Photos of Tribal Decoration fr...