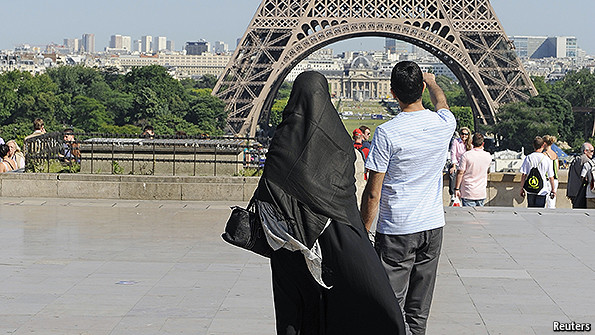 Why the French are so strict about Islamic head coverings

THE FRENCH breathed a collective sigh of relief on July 1st when the European Court of Human Rights upheld the country’s 2010 ban on the wearing of full-faced veils in public places. It followed a separate ruling in June by a top French appeals court that a private day-care nursery was within its rights when it sacked an employee who refused to take off her Muslim headscarf at work. In France, such rules generate relatively little controversy. Yet they are often misunderstood in countries where liberal multiculturalism is the established creed. Why are the French so strict about Islamic head coverings?

France adheres to a strict form of secularism, known as laïcité, which is designed to keep religion out of public life. This principle was entrenched by law in 1905, after fierce anti-clerical struggles with the Roman Catholic church. Today, the lines are in some ways blurred. The French maintain, for instance, certain Catholic public holidays, such as Ascension. But secular rules on the whole prevail. It would be unthinkable in France, for example, to hold a nativity play in a state primary school, or for a president to be sworn in on a Bible.

Over the past 30 years, in response to a growing assertiveness among the country’s 5m-6m Muslims, the focus of this effort to balance religious and secular needs has shifted to Islam. After a decade of legal uncertainty over the wearing of the headscarf in state schools, the French government in 2004 banned all “conspicuous” religious symbols, including the Muslim headscarf, from public institutions such as state schools or town halls. This was followed in 2010 by what the French call the “burqa ban”, outlawing the full face covering in public. Critics accuse France of illiberalism, of curbing freedom of religious expression, and of imposing a Western interpretation of female oppression. Amnesty International, for example, called the recent European court ruling “a profound retreat for the right to freedom of expression and religion”. For the French, however, it is part of an unapologetic effort to keep religious expression private, and to uphold the country’s republican secular identity. Interestingly, many moderate Muslim leaders also back the ban as a bulwark against hard-line Islam.

Had the European Court ruled against France, it would have prompted an outcry there. The country enjoys broad cross-party support for applying secular principles, on the left and the right, and the court accepted that it was part of France’s effort to encourage a society based on “living together”. If anything, the judgment will reinforce France’s resolve to protect its secular tradition. Last month’s ruling against the day-care nursery employee is the first time that a ban on the Muslim headscarf has been extended into the private sector. In its judgment, the court stressed that its ruling should not be generalised, as it related to the nursery’s own company regulations. Yet a precedent has been set, and the chances are that if anything the French will in future enforce rather than loosen bans on Muslim head-coverings. 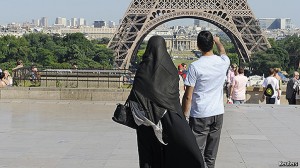 A Journey of a Lifetime
“Heart Of Stone” by Iko : Twilight Sag...
Carly Rae Jepsen – I Really Like You
Kyle Jones, 31 Yrs Old Dating A 91 Yrs Old Woman

NATION: Kingdom Of Saudi Arabia Rulers And Their Human Rights

Travel: The 10 Best Infinity Pools in the World

My Baby You by Marc Anthony Lyrics
HEALTH EDUCATION: How To Control High Triglyceride...
TERRIBLE: Man RAPES His Dog And Gets Stuck Inside ...
Parenting and Child Health – Health Topics &...

My Baby You by Marc Anthony Lyrics
HEALTH EDUCATION: How To Control High Triglyceride...
TERRIBLE: Man RAPES His Dog And Gets Stuck Inside ...
Parenting and Child Health – Health Topics &...