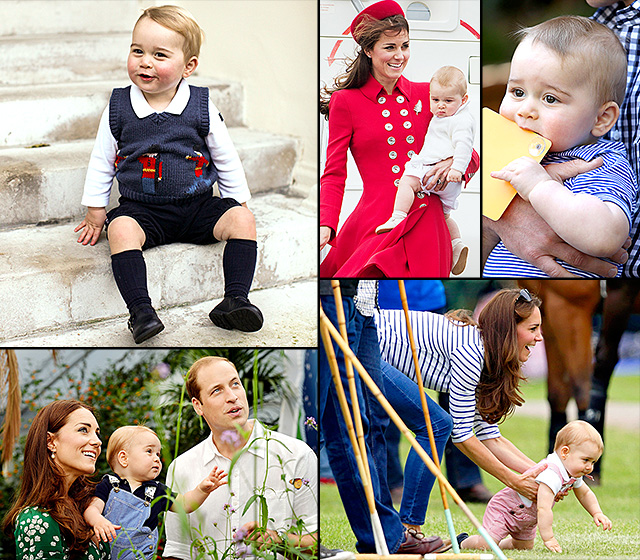 The birth of Prince William and his wife Kate’s second baby will cap a momentous four years for Britain’s golden couple, completing their journey from student sweethearts to regal domesticity. 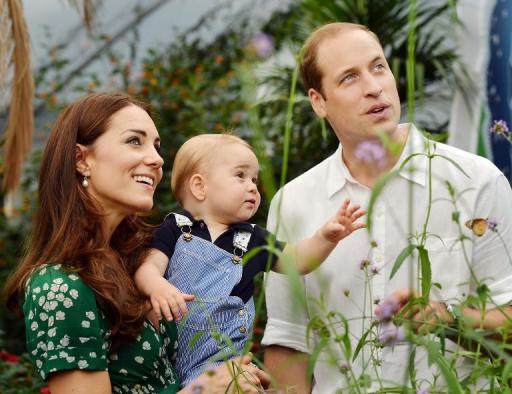 Prince William (left) and Catherine, Duchess of Cambridge with Prince George during a visit to the Sensational Butterflies exhibition at the Natural History Museum in London on Wednesday July 2, 2014

The couple have cultivated an image as down-to-earth parents ever since William drove his new family home from hospital after the birth of Prince George in 2013, his hands-on approach being in stark contrast to previous generations of royal fathers.

The 32-year-old has proudly boasted of changing George’s first nappy, talked about how he balanced sleepless nights with his job as a search and rescue helicopter pilot and admitted “a lot of things affect me differently” since becoming a father. 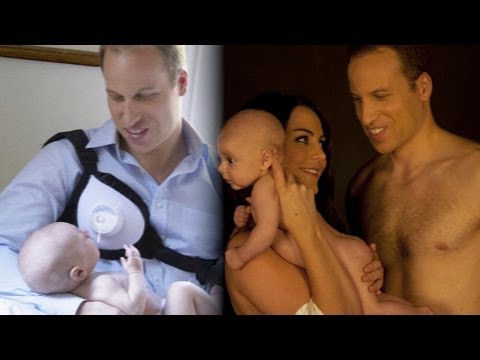 But the illusion of normality is periodically exposed, such as when it was revealed that taxpayers footed the £4.5 million bill for refurbishing their 20-room Kensington Palace apartment in London.

During a recent engagement in London, Kate reportedly said she was expecting their second child later in April. The prince said he expected the new arrival to be a “game-changer”.

In a handout picture released by Kensington Palace and Camera Press on March 29, 2014 Britain’s Prince William, Duke of Cambridge (R) and Britain’s Catherine, Duchess of Cambridge (L) pose with their son Prince George of Cambridge (C) and pet dog Lupo at their residence in Kensington Palace in mid March 2014. Prince William and his wife Kate released a rare family photo on Saturday showing the couple with their eight-month-old son Prince George, ahead of their overseas tour to Australia and New Zealand. AFP / KENSINGTON PALACE / CAMERA PRESS / JASON BELL

George’s birth helped change the public perception of Kate, who was described by novelist Hilary Mantel in 2013 as “a shop-window mannequin, with no personality of her own, entirely defined by what she wore”.

She has since gained respect for her battles against acute morning sickness, which hospitalised her during her pregnancy with George, and her reported willingness to stand up to the royal family over George’s upbringing.

“The desire to do things their way is underscoring all of Kate and William’s decisions,” People magazine said in a recent edition.

Despite their glittering 2011 wedding at London’s Westminster Abbey, the couple have always been determined to keep their family life private.

They have vowed to bring up their children out of the glare of the media, whom William partly blames for the death of his mother Diana in a car crash in Paris in 1997.

The couple have set up home in Anmer Hall on the grounds of his grandmother Queen Elizabeth II’s Sandringham estate in rural eastern England and William has taken up a new job with the local air ambulance that will keep him out of London.

Their deliberate attempts to limit displays of grandiosity have helped attract a new generation of royal support, with support for the monarchy now scraping 80 percent, its highest level in decades.

William and his younger brother Prince Harry suffered through the bitter separation of their parents and the loss of their mother at an early age.

More reserved than Harry, William entered the University of St Andrews in Scotland, where he and Kate met while studying history of art.

The daughter of a businessman and a former air stewardess, the former Catherine Middleton has admitted that she “went bright red” at her first meeting with the second-in-line to the throne in 2001.

His eyes were reportedly opened during a 2002 university fashion show, in which Kate sashayed down the catwalk in a see-through dress.

Legend has it that spectator William whispered to close friend Fergus Boyd: “Wow, Kate is hot.”

By Christmas 2003, they were reported to be a couple and when photographed on a skiing holiday in March 2004, the palace did not deny they were together.

The couple broke up in 2007 but reunited within months and effectively moved in together when William began work at an airbase in Wales.

He finally proposed on a holiday in Kenya in October 2010, giving her his mother’s engagement ring.

Their wedding was a display of British pageantry as a million people lined the streets and two billion viewers worldwide watched Kate walk up the aisle.

Now the Duke and Duchess of Cambridge, they undertook their first royal tour in 2011, carving out their own style on a visit to Canada and the United States, mixing ceremonial duties with light-hearted events.

The couple may be grateful that this time around the media glare will be less intense — George’s sibling is not an heir to the throne and the country is preparing for a general election on May 7.

Tips: How to get rid of Double Chin
Luck Money Spell – The Money Jar
Health: Health Benefits Of Wheatgrass, Facts and M...
HEALTH EDUCATION: Top Causes And How to Get Rid o...