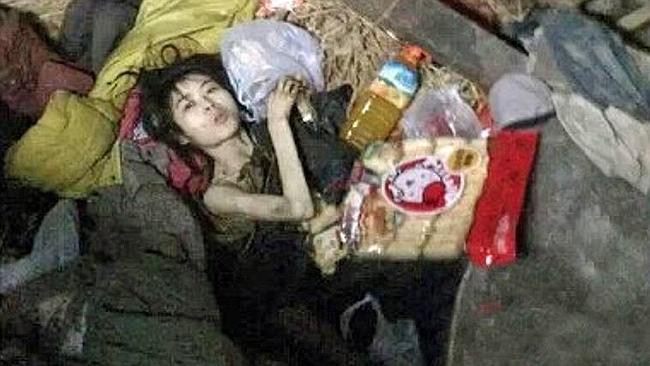 Photos of a girl living in the most gruesome environment for 6 years have been making its rounds in different social media networks. Apparently, the 24-year-old has been locked up by her own parents as they disapproved of her boyfriend at that time.

Zhang Qi had split up with her boyfriend in 2009 as an order from her parents. As though breaking up was not enough, they decided to keep her in a filthy shed, not being able to see the world outside for shocking 6 years. 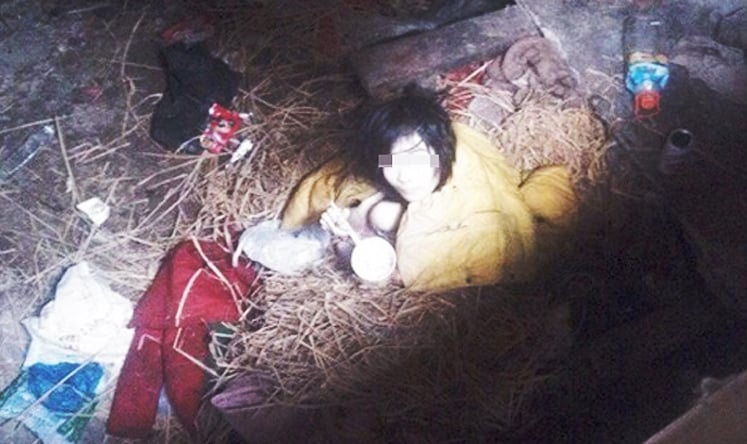 A villager in Jingang in China’s Hubei province said that she tried to escape several times, but her parents spread word that she was mentally ill and needed to be locked up ‘for her own protection’.  In the viral photos, Zhang Qi is seen lying on top of a pile of straws with some food around her. She was obviously malnourished and lacked all the nutrients she needed for 6 years.

“Her parents are powerful people here and everyone was told not to interfere,” villager Chow Jen said.

“Everyone knew about the girl in the house.”

Zhang Qi, 24, has allegedly been kept here for years by her parents (Picture: CEN)

“I moved away and only come back to visit occasionally so I don’t care about their threats, and that’s why I was happy to expose these pictures online after the local authorities refused to do anything.”

He said they had claimed she was mentally unstable and locking her up was for her own good.

Chow said: “Every time I came back for Chinese New Year I went to visit her secretly.

“On my latest visit though I saw her lying on a pile of straw with a couple of blankets and some food around her and I just decided enough was enough.

“Whether what they say about her having mental problems is true or not, she is being treated like an animal here and I’m sick of it so I contacted the police, and then posted the images online.”

So far neither police or officials have made any comment on the case.

Mark Zuckerberg A Nerd on FB (and Photos With His ...
Something Wild Photostory:At Home With Tippi Hedre...
HEALTH: What do these 8 different types of stomach...
Life with the world’s most endangered tribe:...

Infinite: Do You Believe in Endless / Limitless?

Photos: Brave Kurdish Peshmerga female fighters ta...
Photographs of bound-feet women of China and The ...
A Ladder of Love – One of the World’s Most A...
QUOTES: Yourself, Your Decision, Your Life

Photos: Brave Kurdish Peshmerga female fighters ta...
Photographs of bound-feet women of China and The ...
A Ladder of Love – One of the World’s Most A...
QUOTES: Yourself, Your Decision, Your Life