Share on Facebook Share on Twitter
They say a woman who is both rich and beautiful is most lucky. Here are some such women from the Muslim world; they are rich princesses or queens. Most of them remain in veil, thus the world does not know their faces.
They belong to the rich and royal families and are maintain their hegemony over fortunes. Some of them run companies worth billions, others own their own banks. Then there are those who just run their family businesses.
Her Highness Princess Ameerah Al Taweel of Saudi Arabia 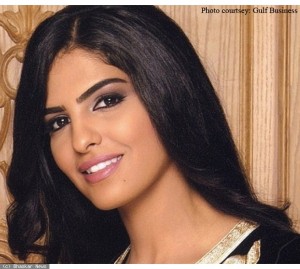 The Saudi Arabian princess and philanthropist Princess Ameera Al Taweel was born on 6 November 1983. She is wife of prince Al Waleed bin Talal, member of the Saudi royal family.Al Waleed, 58-year-old businessman, is ranked as the 26th richest man in the world by the Forbes magazine with a net worth more than $20–25 billion. One of the most influential Arab, the prince is the founder and owner of the Kingdom Holding Company.
Queen Rania of Jordan 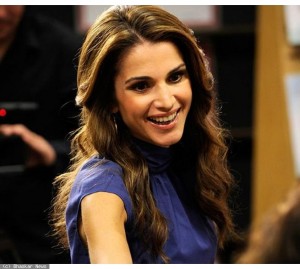 Wife of prince Abdullah II, queen of Jordan, Rania Al Abdullah was born on 31 August 1970. Her 51-year-old husband, Abdullah II ibn Al-Hussein, is the king of Hashmite Kingdom of Jordan and ascended the throne in 1999.Although king Abdullah never acclaimed his wealth publically, his wealth can be gauged by the fact that he spent more than a billion in the making of Star Trek Theme Park alone. The Harpers and Queen magazine ranked Rania as the most beautiful queen consort in 2011.
Princess Hajah Hafizah Sururul Bolkiah of Brunei 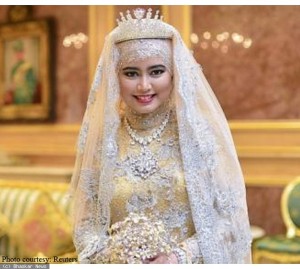 Daughter of Brunei’s Sultan Hassanal Bolkiah, Princess Bolkiah was born on 12 March 1980. Her father, Brunei’s sultan, was ranked as the richest person in the world in 1997 by Forbes.
The Sultan owns a Rolls-Royce coated with 24k gold other than his 7,000 cars. He owns the world’s largest residence, the 1,700-room-palace. The Sultan spent $20 million on his daughter’s wedding. Princess Bolkah is married to YAM Pengiran Anak Haji Mohammad Ruzaini.
Her Royal Highness Princess Lalla Salma of Morocco 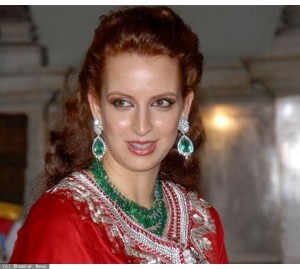 Wife of King Mohammed VI, Princess Lalla was born to a school teacher on 10 May 1978. The first publically acknowledged queen consort of Morocco and a mother of two, Queen Maxima maintains a low profile despite being the first lady.
Her 50-year-old husband, King of Morocco’s everyday operating budget is estimated to be $960,000 by Forbes. His net worth is reported around $2.5 billion.
Sheikha Maitha bint Mohammed bin Rashid Al Maktoum of Dubai 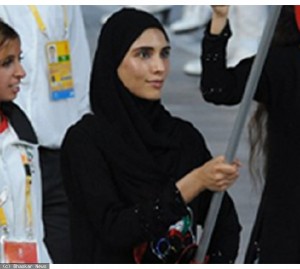 The Sheikha of Dubai, a karate and taekwondo athlete, was born on 5 March 1980. She is daughter of Sheikh Mohammed bin Rashid Al Maktoum, the Prime Minister and Vice President of United Arab Emirates (UAE) and constitutional monarch of Dubai.
The Shiekh holds all the offices since 2006. The Sheikh’s family fortune is estimated to be over $40 billion. Sheikha Maitha won silver medal in 2006 Asain Games while representing UAE.
Sheikha Hanadi bint Nasser Al Thani of Qatar 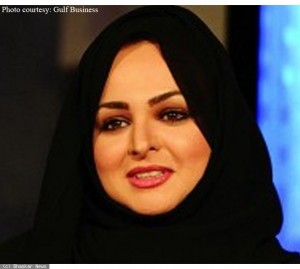 Banker, investor and real estate entrepreneur, Sheikha Hanadi is one of the most successful businesswomen in the economy of Qatar. Other than being a special advisor in Standard Chartered Bank, she is the CEO of Al Waab City Real Estate development project.
Hanadi is the deputy CEO of Nasser bin Khaled Al Thani & Sons Group as well. Although Hanadi has not disclosed, Thani family’s wealth is approximated to be more than $15 billion.
Princess Fathima Kulsum Zohar Godabari of Saudi Arabia 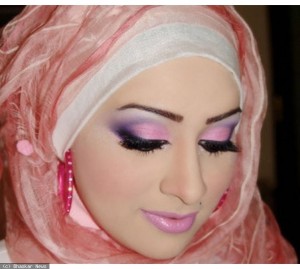 Once a royal princes, Fathima Kulsum is now officially a queen of Saudi Arabia. Belonging to the world’s one of the richest royal families, she is wife of Sheikh Avdi Al Muhammad.
Never revealed before, her enigmatic beauty has always been well concealed. However, now the much coveted face is in the open for of late were some pictures of her were publicised on the Internet. Saudi Arabia is the richest OPEC nation with 39% of OPEC’s oil reserves.
Sultanah Nur Zahirah of Terengganu (Malaysia) 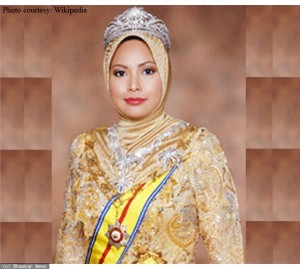 The Terengganu queen Nur is wife of King Al-Wathiqu Billah Tuanku Mizan Zainal Abidin. She was born on 7 December 1973 and was the 13th queen consort of Malaysia (2006–2011).
Her Majesty’s family never revealed their family wealth; however, through various sources, their approximated wealth is over $15 billion.
Her Royal Highness Princess Hajah Majeedah Nuurul Bulqiah of Brunei 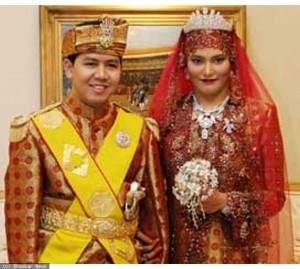 Second daughter and fourth child of Brunei’s sultan Hassanal Bolkiah was born on 16 March 1976. Princess Majeedah, mother to a son, was married to Khairul Khalil, a noble and currently Assistant Executive Officer at the Prime Minister’s Office. The couple wedded in June 2007.
Majeedah’s father, the Sultan of Brunei, was the richest person in the world in 1997 and is very fond of the precious metal gold.
Sheikha Mozah bint Nasser Al Missned of Qatar 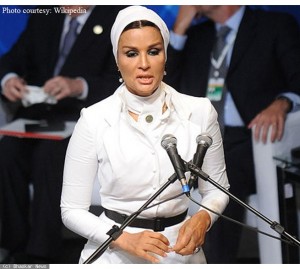 Sheikha Mozah is the second of the three wives of Sheikh Hamad bin Khalifa Al Thani, former Emir of the State of Qatar. Born in 1959, she is married to the 61-year-old H.H Sheikh Hamad bin Khalifa Al Thani of Qatar.
Sheikh Hamad’s net worth is estimated to be more than £7 billion. A nation with vast oil and natural gas reserves, Qatar is amongst the countries with highest per capita income in the world.
Source: daily.bhaskar.com
Oct 16, 2013

PHOTOGRAPHS: Iconic Photos Of People Around The Wo...
Places: Tokyo, Japan, Number 1 Richest City in the...
Beauty: Do This at Least Once a Week and Your Face...
VIRAL PEOPLE: Watch The Amazing Moment A Baby Boy ...

Human Rights: Selfless Celebrities Who Fight For A Good Cause

Just The Way You Are by Billy Joel
The extraordinary story of Huguette Clark and the ...
PHOTOGRAPHY: Iconic Photos of Celebreties
Amanpulo (5 Stars)— Pamalican Island, Philippines...

Just The Way You Are by Billy Joel
The extraordinary story of Huguette Clark and the ...
PHOTOGRAPHY: Iconic Photos of Celebreties
Amanpulo (5 Stars)— Pamalican Island, Philippines...